Possessing the kind of blonde, hard-bodied looks that make him ideal fodder for both straight women and gay men, Brad Rowe has inspired repeated comparisons to Brad Pitt. Audiences first waxed poetic over the photogenic actor when he appeared in the arthouse hit Billy’s Hollywood Screen Kiss in 1998. 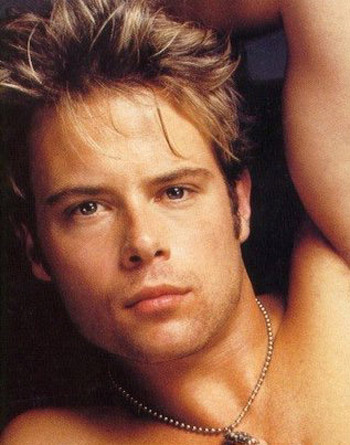 A romantic comedy with Rowe as the sexually ambiguous object of the title character (Sean P. Hayes)’s affections, it was equal parts “Doris Day” comedy, campy musical revue, and heartfelt search for love. It had the added attraction of a scene that allowed Rowe to showcase his more physical attributes with the aid of a very small swimsuit.

Rowe got his start in acting with a mail room job at the United Talent Agency, where he began working after a stint as a finance manager in Washington, D.C. A native of Milwaukee, Wisconsin, where he was born May 15, 1970, he attended the University of Wisconsin. After graduating with a degree in Economics, he headed to Spain, where, in addition to working and studying, he also played in a blues band. After returning to the States, he worked in Washington, where he decided he wanted to pursue screenwriting. He took some writing classes at Northwestern and then headed to Los Angeles. 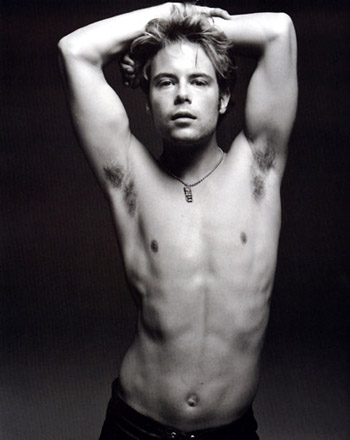 After securing his mail room job at UTA, he began taking acting classes, and, with the help of various UTA co-workers, started landing auditions. Rowe’s first real acting job was on the TV sitcom NewsRadio, on which he played an intern for a few episodes. After starring in Billy’s Hollywood Screen Kiss in 1998, he began finding more steady work: in 1999, he could be seen on screens big and small. 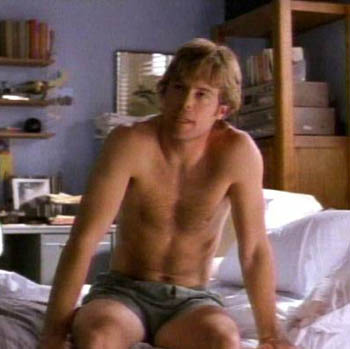 On television, he starred in Wasteland, Kevin Williamson’s latest offering, and in the miniseries Purgatory, a Western that also featured Sam Shepard, Randy Quaid, and Peter Stormare. On the big screen, Rowe could be seen in Body Shots, an ensemble film in which he starred as one of a group of L.A. twentysomethings searching for love, or, failing that, plain old sex.