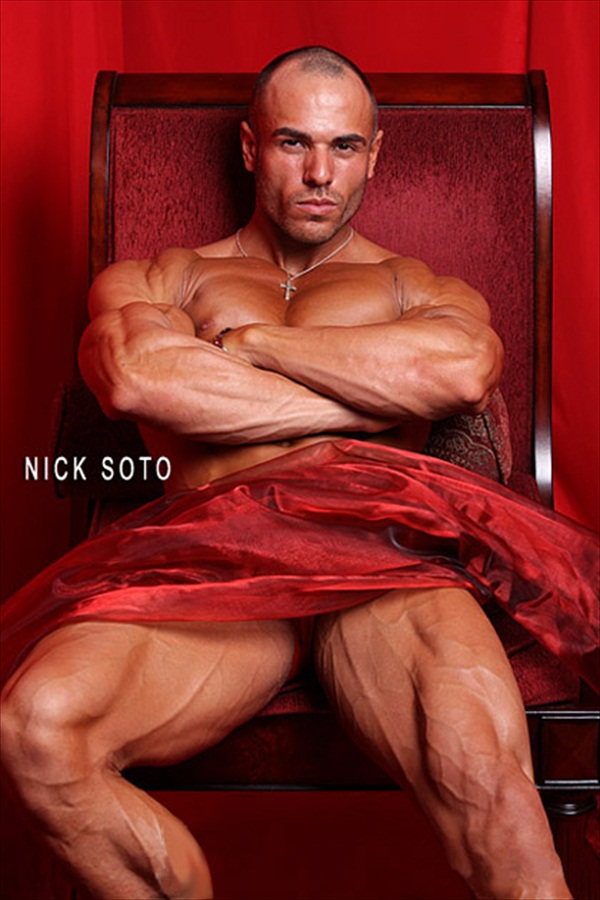 His name is Nicholas Antonio Soto, he’s from Dallas Texas. He was born and raised in the Big State of Texas his mother is from Hawaii and father is from Venezuela, he love them both and there are so proud. He’s a professional dancer and he’s been for 6 years he danced for numerous roadshows, and male revue production shows. His passion is fitness modeling his dream was to be featured in Reps fitness Mag and through all his hard work and dedication he’s been featured in the magazine three times always getting better exposure.

Nick has been competing in bodybuilding and sports modeling shows for the past two years, he took his first Overall bodybuilding trophy in october 09, and he tied for third at the Model Universe Championships 2010 out of 62 other amazing competitors from around the world, he has a cool video on his profile of the competition. Nick’s coach and his friend Sagi Kalev has inspired him and believed in him and pushed him like no body ever has and for that he will always be in his debt, Sagi was always his idol.