BUENOS AIRES (Reuters) – Argentina have been warned to expect a surprise when they face Paraguay under new coach Gerardo Pelusso in a World Cup qualifier in Cordoba on Friday (2310 GMT). 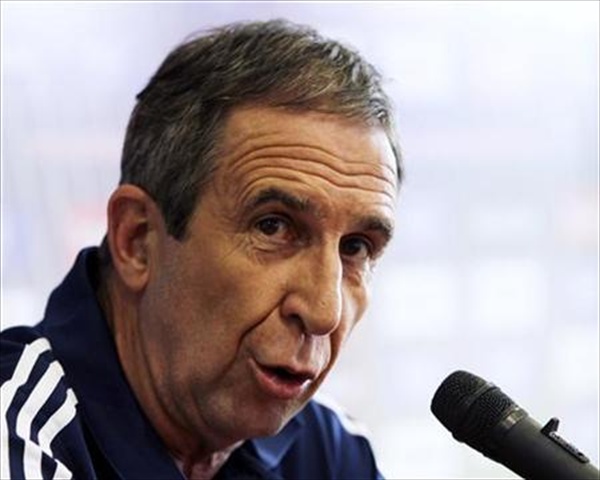 Bolivia, away against Ecuador at the Atahualpa in Quito (2100), have also changed coach, bringing back Spaniard Xabier Askargorta who steered them to their last finals appearance in the United States in 1994.

Colombia will be buoyed by the brilliant scoring form of striker Radamel Falcao Garcia at home in the tropical heat of Barranquilla (2030) against Uruguay, whose forward Diego Forlan has rediscovered his goal touch in the nick of time.

Peru, lowest ranked of the South American teams taking part in the qualifiers at 51, host Venezuela in Lima (0115 Saturday), while group leaders Chile have a bye.

Uruguayan Pelusso, with wide experience coaching club sides in South America, replaced Francisco Arce who was sacked with Paraguay on four points from five matches, level with Bolivia and one point above Peru.

Pelusso said trying to counter the threat of Lionel Messi was almost impossible but that surprise was on his side as Paraguay, quarter-finalists in South Africa in 2010, look to win a qualifier on Argentine soil for the first time.

“None (of our opponents) know who’s going to play (in my team), how we’re going to play or what formation Paraguay will have on the pitch,” Pelusso said in a recent interview on the South American Football Confederation website (www.conmebol.com).

“That will be the surprise factor, (whereas) everyone knows the other teams. Those who know me, have an idea of my style, those who don’t will be in for a surprise,” he said.

Argentina will be without holding midfielder Javier Mascherano and striker Sergio Aguero while playmaker Fernando Gago is doubtful through injury.

Mascherano and Aguero are suspended although the latter is nursing a knee injury and may also miss Tuesday’s match in Peru.

Bolivia won only one match in 17 under former coach Gustavo Quinteros, a member of their 1994 World Cup midfield.

Ironically, he quit in July after their only victory, 3-1 at home to Paraguay in their last qualifier in June, when Bolivia’s clubs decided to reduce the time their players spent practicing with the national team.

Askargorta agreed to take charge provided he was allowed to mastermind an overhaul of Bolivian football and the national team which has struggled since he left the post 18 years ago.

Uruguay, one point behind Chile, can go top of the standings with a win over Colombia.

They will be without the suspended Luis Suarez and will hope Forlan can retain the form that helped him score two goals for new club Internacional of Brazil last weekend.

Colombia, with seven points and five goals in five matches, have yet to get the best out of Falcao but the striker’s hat-trick in Atletico Madrid’s European Super Cup win over Chelsea is a boost for player and country.

Fellow striker Darwin Quintero has also joined up with Colombia in good form after a two-goal performance for Mexican champions Santos Laguna at the weekend.

Peru striker Paolo Guerrero is nursing an injury to his right ankle and could miss the match with Venezuela, who were their opponents when they won the third-place playoff in last year’s Copa America in Argentina with a Guerrero hat-trick.