ROTTERDAM (Reuters) – The Netherlands and Turkey will be looking to make fresh starts when they meet on Friday in the Amsterdam Arena to start their World Cup Group D qualifying campaigns.

The Dutch have to get rid of the sour taste of losing all three group matches at Euro 2012 and a friendly to Belgium as they try to extend their 10-match winning streak in World Cup qualifiers. 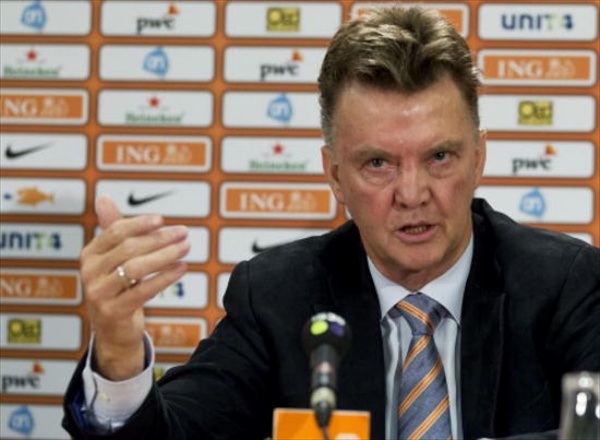 The Netherlands, under coach Louis van Gaal, will take on Turkish side who have failed to qualify for a major tournament since Euro 2008.

The Dutch are without Rafael van der Vaart, Nigel de Jong, Gregory van der Wiel and Ibrahim Afellay, who were all left out the squad because they were involved in last-minute transfers.

Jordy Clasie and Leroy Fer, 21 and 22 years old respectively, are expected to join forces with playmaker Wesley Sneijder in the Dutch midfield.

Those two youngsters are not the only new names in the Dutch squad which eight players still eligible for the Under-23 team.

“I told some players already on Monday that they are playing because for them it’s better they can focus on Friday,” Van Gaal told reporters.

The Dutch, who lost 4-2 to neighbours Belgium in a friendly last month, are unbeaten in 22 World Cup qualifying matches.

Their last defeat was in 2001 when Jason McAteer sealed Ireland’s win over Van Gaal’s side, a defeat which kept them out the 2002 World Cup, the only time the Netherlands have missed the tournament since 1986.

“I consider Robin only as central striker according to the profiles I use,” said Van Gaal.

“But that can change after one match, the team is more important that who is our striker. Who will play is decided by the moment.”

Turkey are likely to have a difficult time defending their goal as first-choice keeper Volkan Demirel will miss the game due to a shoulder injury.

Starting defenders Egemen Korkmaz and Semih Kaya also training separately from the rest of the squad on Wednesday due to injuries.

Turkey, who finished third at the 2002 World Cup, see the game against group favourites Netherlands as critical for their chance of qualifying.

“Netherlands is the group’s strongest team. We’ll play our first and last matches against them. Thus we have an advantageous schedule,” Turkish Football Federation Chairman Yildirim Demiroren told Turkish TV.

“I am hopeful that our team will qualify,” he said.

While Turkey are likely to struggle in defence, Atletico Madrid midfielders Arda Turan and Emre Belozoglu are dangerous along with German-born Nuri Sahin and Hamit Altintop.