Wentworth Miller, born on June 2, 1972 in Chipping Norton, England, is a biracial actor who gained notoriety when he starred in the Mariah Carey videos, “It’s Like That” and “We Belong Together”. 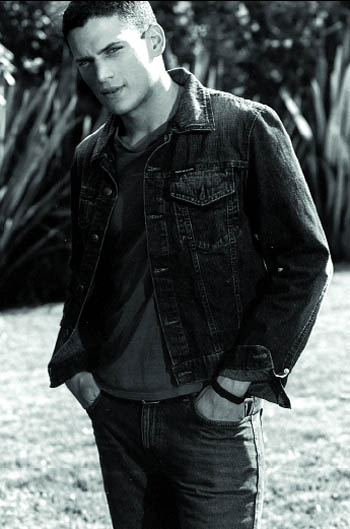 His father is half African American, one quarter English and one quarter Jewish, while his mother is of French, Dutch, Syrian and Lebanese descent. He currently has a starring role as Michael Scofield in the new Fox Network drama Prison Break.

Wentworth Miller had his first taste of stardom in a role as the sensitive and introverted David in ABC’s mini-series Dinotopia. The very successful longform from Robert Halmi Sr. was a combination of character-driven action and state-of-the-art special effects, and was a story about a world where humans and dinosaurs live together in a magical civilization. 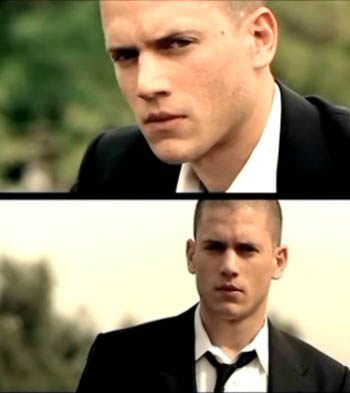 From this effects-driven adventure story, Miller moved to one of Hollywood’s favorite new projects, The Human Stain (2003), for Miramax Films. Having recently finished on location in Montreal, Miller had the opportunity to observe and work with Anthony Hopkins. The two share the film’s central character, Coleman Silk, Miller playing him as a young man before the story moves forward in the tempestuous life of this Ivy League professor.

Miller has at least one thing more in common with the British Hopkins: though he was raised in Brooklyn, Miller was actually born in the UK – in Chipping Norton, England where his father, a Rhodes Scholar, was studying.

A graduate of Princeton University, Miller’s stage time during college was spent singing, and he traveled the world performing with the school’s famed a capella group, The Princeton Tigertones. For reasons still a mystery to himself, his family and his friends, the young graduate headed to Los Angeles to pursue a behind-the-scenes career in the entertainment industry. And while he was able, with enviable ease, to turn an internship into a paying job and an actual burgeoning career, before long the drive to move in front of the camera became inescapable. 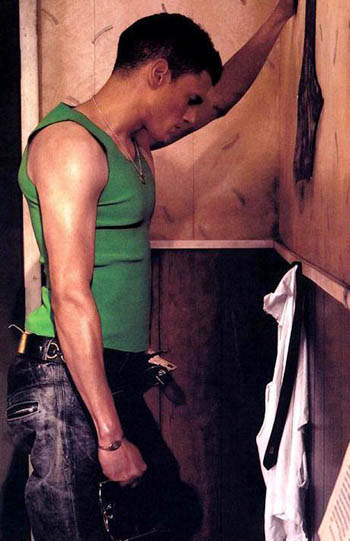 With the support of committed management, within a couple of years Miller landed guest spots, learned fast and earned attention on series including Buffy the Vampire Slayer and Popular. Dinotopia was his first starring role, and The Human Stain will be his first feature.