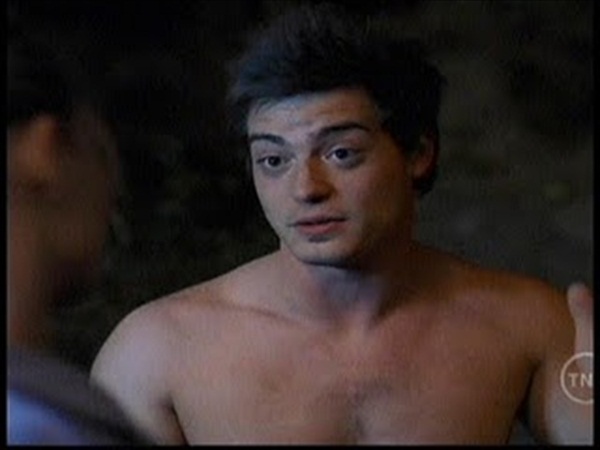 I was watching two back-to-back episodes of United States of Tara tonight, and I was pleasantly surprised to see this cute guy become part of the story.  His name is Andrew Lawrence and the gay son of Tara is making some moves on him.  I am very proud the way the boy made his pass at the character of Andrew.  He studied the music of Santana since he mistakenly heard that the cute guy was a Santana fan.  Anyway, in this episode they both took their shirts off when they were practicing their role in the Christian play they were doing – ironically, as homosexuals burning in hell!  Isn’t that hilarious?  I’m curious now how the story would go between these two.  I hope more shirtless scenes!  And maybe develop into a good buddy relationship.  They are just in high school anyway.