Zachary John Quinto, born June 2, 1977, Pittsburgh, Pennsylvania, is an American television actor known for his roles as Adam Kaufman on “24”, Sasan on “So NoTORIous”, and Sylar on “Heroes”. His feature film debut was playing Spock in the 2009 film “Star Trek”. 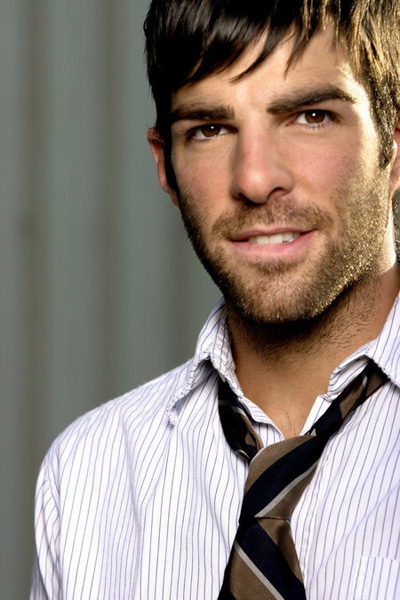 Quinto, who is of half-Italian and half-Irish descent, grew up in nearby Green Tree, Pennsylvania. He graduated from Central Catholic High School in 1995 and then attended Carnegie Mellon University’s “School of Drama”, from which he graduated in 1999.

Quinto first appeared on television in the short-lived television series “The Others”, and appeared as a guest star on shows including “CSI”, “Touched By An Angel”, “Charmed”, “Six Feet Under”, “Lizzie McGuire”, and “L.A. Dragnet”. In 2003, he landed a recurring role on the Fox series 24″, as computer expert Adam Kaufman and he also appeared in all but one of the third season episodes of “24”. 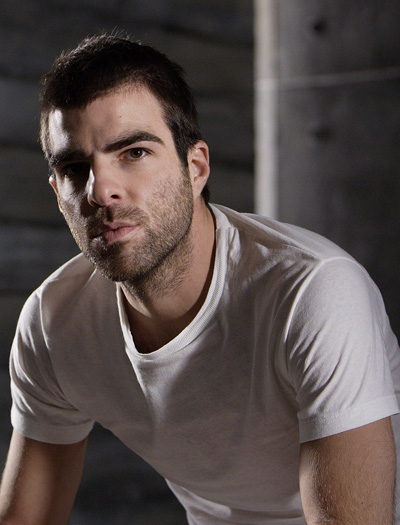 In 2006, Quinto played the role of Sasan, the haughty, Persian-American best friend of Tori Spelling on her VH1 series “So NoTORIous” where he kissed another man (pictures below). Later that year, he joined the cast of NBC’s “Heroes” playing a villain.