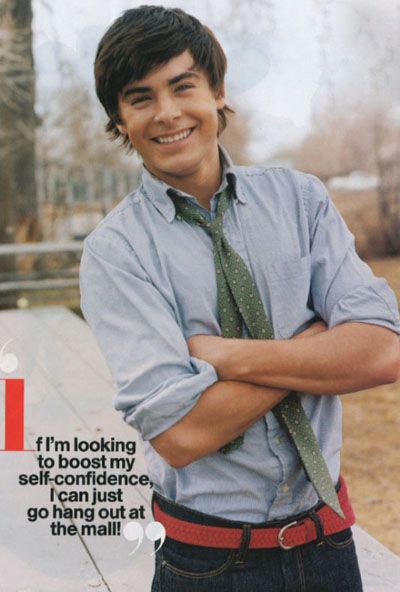 Efron began acting in the early 2000s, and became known to young audiences after his roles in the Disney Channel Original Movie High School Musical, the WB series Summerland and recently the film version of the Broadway musical Hairspray.

Efron’s interest in singing was discovered and encouraged at the age of eleven, and he was subsequently cast in the musical Gypsy for 90 performances, and went on to have roles in stage productions of Peter Pan, Little Shop of Horrors, The Music Man, and Mame. Furthermore, he began to have guest roles on television series, including Firefly, ER, and The Guardian. 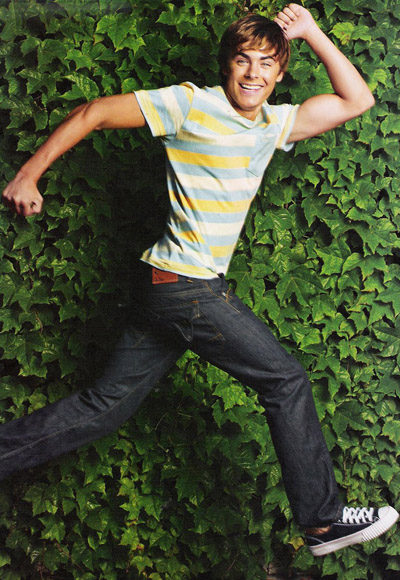 Efron is known for portraying Cameron Bale on the now-cancelled WB series Summerland. Originally introduced as a reoccuring character, Efron became a regular cast member on the show in the second season in 2004. Since appearing in Summerland, he has also had guest roles on the shows CSI: Miami, NCIS: Naval Criminal Investigative Service, and The Suite Life of Zack and Cody.

In 2006, Efron got his big break when he was cast as Link Larkin in a film version of Hairspray, also starring Amanda Bynes, Queen Latifah and John Travolta and scheduled for release on July 20, 2007. Efron performed all of his own vocals in the role, which was filmed in Toronto, Ontario from September 5 to December 2, 2006. He cut and dyed his hair dark brown and gained about 15 lbs. for the role.

Efron’s upcoming roles also include the made-for-television High School Musical 2, which completed filming on in April of 2007 and is scheduled to air on Disney Channel on August 17, 2007. Furthermore, Efron has been cast in Seventeen, a high school-set drama/comedy produced by Adam Shankman and based on a pitch by Jason Filardi.