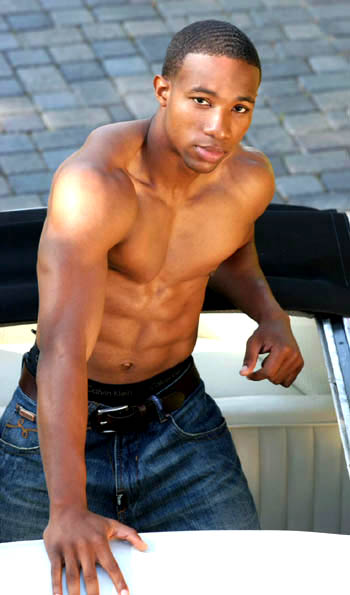 Not many people can star on the gridiron and stage at the same time but Arlen Escarpeta managed to balance both a few years ago, serving as captain of the football team while performing in several drama productions as part of the arts-magnet program at Hollywood High School.

“Fortunately, I didn’t have to make a choice,” says Escarpeta, who also ran track and sang at his graduation ceremonies. “I had a very understanding football coach…I suppose it helped that one of the coaches was an actor too!”

Escarpeta is a native of Belize (formerly British Honduras) in Central America who came to the United States after his father, a construction worker, died when he was 3. His mother, a manager for a dental office, settled in Los Angeles where her young son began to sing and dance in the Young Saints Scholarship Foundation. At 9, Escarpeta was cast in the title role of his elementary school’s stylized production of “Hamlet” and was won over by the applause he received at the final curtain. 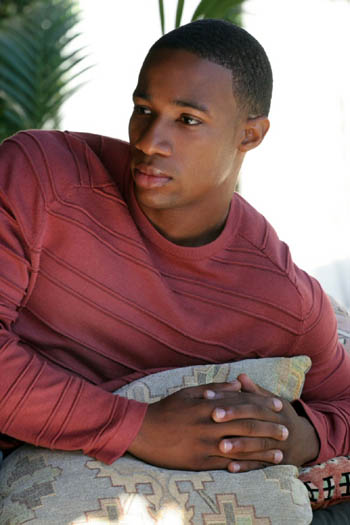 From there, Escarpeta attended several arts magnet schools in Los Angeles until he arrived at Hollywood High, where he honed his skills in dance, technical and music theater, and drama. He has since attended Pasadena City College for more than two years while studying sociology. Despite swift times of 21.8 seconds running the 200-yard dash and a personal best of 47’- 2 ½” in the triple jump — he opted to concentrate on acting rather than dedicate the necessary amount of time to the junior college’s track team.

“I’ve realized how much my knowledge of sociology can help me prepare for a role,” says Escarpeta, who was also prominently seen in the pilot of NBC’s “Boomtown” as the doomed Cantrel. “Studying different cultures can benefit my acting so that I can know them better.”

Escarpeta’s career has skyrocketed recently with guest-starring roles on the TV series “Boston Public,” “Judging Amy” and in an epsode of “The Shield.” His feature-film work includes “High Crimes” (starring Ashley Judd and Morgan Freeman). His independent feature, “The Playaz Court” was released in 2003, and Escarpeta will costar with Forest Whitaker in the upcoming IFC Films’ “American Gun.” 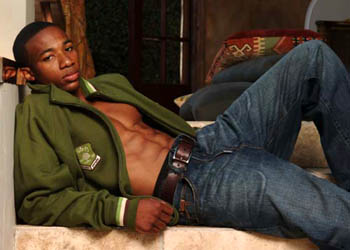 On “American Dreams,” Escarpeta portrays a teenager – who also runs track and plays basketball – at the University of Pennsylvannia during the social turmoil of the 1960s. “He’s very close to who I am,” he says. “He has a sense of humor and has something to say about his world then and I have something to say about ours today.”